The New War Of the Roses – A Beer Blog

A lot of things in this world are hard. But hell, what is the point in doing anything if it doesn’t involve some sort of challenge? A great example of this is Roses. A varsity inter-University competition held the first weekend of May between Lancaster and York Universities – a sporting War of the Roses fought around 550 years after the original – but with fewer fatalities!

12,000 Lancaster students descending on York, a town with 18,000 uni students for the largest varsity sporting competition held this side of the Atlantic. 3 days, over 150 sports and thousands of competitors. The sheer size and atmosphere is incredible. No matter which University your with, or where you’re from, you know you’re part of a family; but you have your colours, your friends and some great beers to share.

This year, Roses was a bit surreal. For a start, I wasn’t competing as I’ve just completed my year in industry. I’d also recently been to York for a long weekend when it was ‘quiet.’ The comparison of “quiet” compared to 30,000 students was fresh in my memory.  Secondly, I was driving Rosie, my converted camper van, for it’s first “proper” outing. Nick, a friend that I’d roped in, and I were planning to “stealth camp” on the Uni car-park.

While our friends spent the weekend living in either expensive hostels or in sleeping bags on lecture theatre floors we were living in a 2 bed mini apartment on wheels with running water, a toilet, fridge and hob. The idea was pure genius if I do say so myself.

So anyway, Roses? What’s so special about it, and why do York do it so well? Well as I said before, this is the largest competition of its type in Europe with up to 15,000 students competing in the actual games and a further 30,000 spectators coming to watch. Add in friends, girlfriends, parents and a town of 208,000 inhabitants has to cope with around 70,000 visitors for one long, drunken weekend. And York really does it so well.

I acted as guide to my friend Nick, taking him to some of the best bars in York. Starting with, of course, “Brew York,” York’s signature independent craft brewery. They create some wonderful beers. We tried “Rhubarbra Streisand” a rhubarb milkshake pale ale; “Sigards Sarga” a dark mild, brewed in collaboration with Valhalla Bar; “Galaga” is an easy going American Pale Ale but we finished up with “Tonkoko” and “Imperial Tonkoko,” Brew York’s core milk stout and triple milk stout. These are beautifully smooth, rich and chocolatey. A pair of extremely quaffable beers – but beware the ABV of Imperial Tonkoko. At 10.6%, it’ll soon leave you legless.

After starting off the evening right we thought it might be a good idea to get some food. Our place of choice was The Yorkshire Roast Company. They do a lovely Yorkshire pudding wrap with all the trimmings. Trust me, you just can’t go wrong with it. Round the corner is the notorious “House of Trembling Madness,” a craft beer lovers dream. It’s a ‘small’ shop with a tiny bar upstairs where you can drink your purchases or one of the handful of draft beers they have available.

Now I’ve called the House of Trembling Madness a craft beer lover’s dream because they carry a stock of around 750/800 different beers. That’s an impressive number for such a small space but they also pride themselves on being able to get the best local beer at affordable prices. a wide stock – and affordable prices – what’s not to like about that?.

While there, I had to try North Brewing’s latest beer – a collaboration with Jakobsland Brewing – a NEIPA at around 8%. Recently, I have definitely got into the NEIPA style of beer. It’s extremely easy going, juicy, fresh, and with all the flavour and thickness of an IPA without the bitter after tones. This new beer was a masterclass in the style. The beer was soft and subtle, with hits of mango and grapefruit tones and hints of grape and pineapple. £50 and a few beers for later, later and we were on our way to my favourite bar in York – Valhalla.

Now, for those who know a bit about Norse culture and mythology you will know Valhalla is Nordic heaven. The place where warriors, who died in battle, would drink, eat, fight and love every day with Odin, god of gods. Visiting Valhalla is just like entering heaven – a beer lover’s heaven. The staff are some of the most friendly people I have met. I made friends with a number of the staff on my last visit to York and had kept in touch through Facebook. No sooner had I walked through the door, a pint of “Odin’s Judgement,” their house amber ale, was being poured from a fresh cask for me.  This is an amber ale at 6.6% which is unbelievably smooth. It’s got a fresh malt character with nice sweet tones throughout. An extremely quaffable cask ale.

Thank you to Will, Markus, Jack, Sam and the entire Valhalla staff for being so awesome. Once in, your treated just like family. I really appreciate that.

After trying the coffee and vanilla guest stout that Jack recommended, we decided to try some of their mead.

In my view, Mead is a much underrated type of alcohol. It’s a sweet, fortified wine that is made using honey. Nick and I decided to have a glass of “Odin’s Mead,” produced by the Lancashire Mead Company. It is a sublime ‘honey wine’ infused with Earl Grey tea to create a smooth, sweet, flavourful drink that leaves its impact on your tongue long after the last drop has been emptied from your glass.

Nick and I had a great weekend in York – Rosie provided excellent accommodation. Well done to York on their victory this year and a big thank you to all the friends and folks we met that made the weekend such an adventure 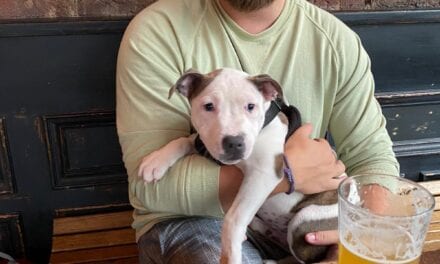 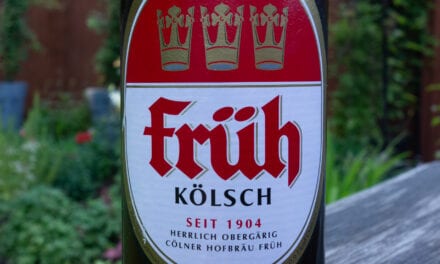 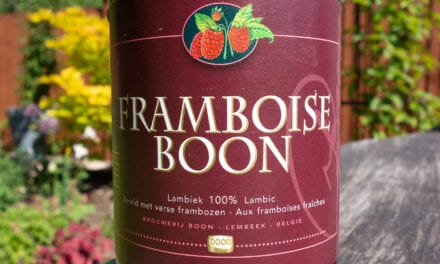 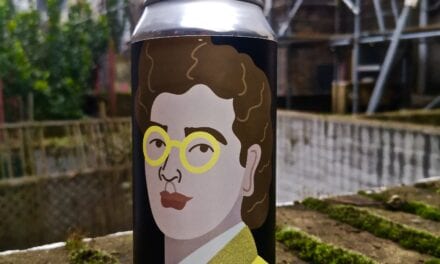